We are continuing to monitor the rapid changes of the COVID-19 pandemic. Our locations are following recommendations and guidelines from the CDC and local governments. Read More

Chris Straubel had been with T.W. Faulkner for two years when Jim Danella bought and rebranded the company in 1972. Now a supervisor for Danella Line Services, Inc. (DSLI), our longest-tenured employee talks about a career spanning five decades, standout memories, and what he wishes people knew.

How did you get started with the company that would eventually become Danella?

I happened to be talking to someone in a local convenience store. The guy asked me if I was interested in a job and I said yes, sure. He asked if I minded construction work and I said no, not at all. At the time I was working a couple of different jobs. I interviewed at T.W. Faulkner, and basically went to work [as a laborer] the next day.

It was physical work but that didn’t bother me at all. The work was enjoyable. I learned paving, how to finish concrete, how to finish blacktop. I was moved pretty quickly to the conduit – manhole – crews.

What roles have you held since?

Next I became a foreman. I was always looking for a challenge, so I’d take on 2 to 3 crews at a time. Then when Danella Line Services won a contract with Verizon, a few of us went from Danella Construction to Danella Line Services, Inc. At that point I got the opportunity to become a supervisor and enjoyed it immensely.

You wear a lot of hats in your role. Which is your favorite?

I pride myself on being able to nurture customers and earn their confidence. I also believe in the power of face to face communication – you have to be out there with your vendors and your team. It’s developed into quite a few great professional relationships.

You’ve been with the company a long time. What are some favorite memories?

We were working around the clock during a very busy weekend after several damaging storms hit the area. We gave it everything we had, repairing communication lines, and when it was all over, we received several letters from Verizon stating what a great job our crews had done. That was a very proud moment for me.

Are there any that stand out?

A guy named Joe Dugan [a longtime Danella employee until he passed away in 2010]. I was initially reluctant to take the foreman job. Though I was sure that I could do the work, having the confidence to lead… I got that from Joe. He mentored me, and showed me what a job site is supposed to look like. “Leave the job every night like you’re working in front of your grandmom’s house,” he said. “Make sure everything’s neat when you leave.” It develops pride in what you do. It’s my job. It’s Danella job.

There are a lot of good memories. I’ve enjoyed my time working here. It’s allowed me to provide for my family, have a nice home. I’m very proud of that.

What do you wish people or companies knew about Danella?

We have plenty of resources and we can always grab from other areas to solve any problems or issues. No job is too small or too large. Danella is willing to accept a challenge. Certainly we’ve seen quite a few challenges.

What are three words that describe Danella?

The first one would be pride. We’re not ashamed to say, “That’s our job. That’s something we did.” Pride, organization, and commitment. 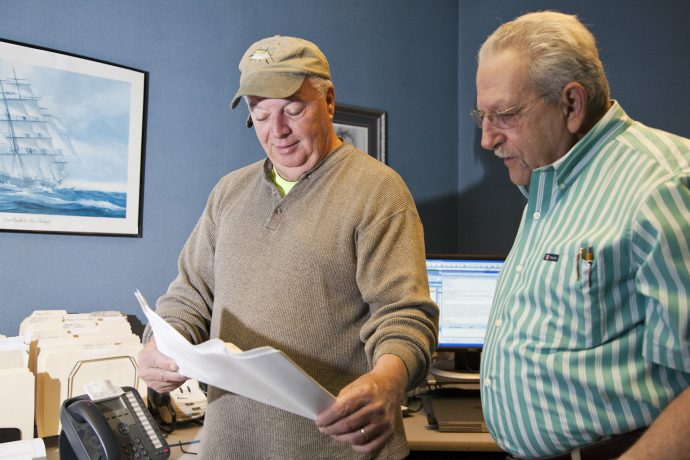 Specialty Equipment Spotlight: Hi-Rail Material Handler Continue Reading
We Make Life Go® We are especially proud that our employees are the best-trained professionals in the field — not just meeting but exceeding today’s requirements through weekly, monthly, and annual training. Reach Out